How India paves the way for Africa’s demonetization 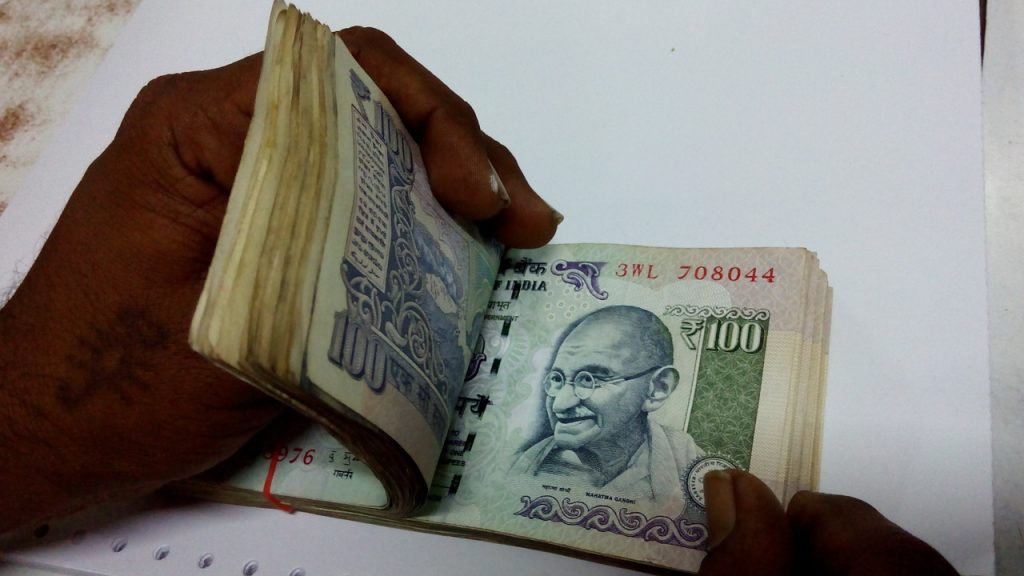 VIEWPOINT – India has lately been pursuing an ambitious goal: a cashless economy. Despite early missteps and frustrations, it will turn out to be a change for the better for the country’s 1.31 billion people. Africa should set a similar goal – and take the first step by establishing a monetary union, says Carl Manlan, chief operating officer of the Ecobank Foundation.

India has lately been pursuing an ambitious goal: a cashless economy. Despite early missteps and frustrations, it will turn out to be a change for the better for the country’s 1.31 billion people. Africa should set a similar goal – and take the first step by establishing a monetary union.

Of course, achieving a cashless society is not an end in itself. Rather, it is a means to help advance financial inclusion, security, and prosperity.

Today, an estimated 326 million Africans – 80% of the continent’s adult population – use no formal or informal financial services. But stashing banknotes under the mattress is no way to safeguard families’ savings, much less enable households to accumulate enough capital to escape chronic poverty.

Similarly, millions of Africans are scratching out a living in the informal economy, which represents about 41% of GDP in most parts of the continent. This leaves them unprotected, and without pathways to financial stability and wealth creation. Moving toward a cashless society would force citizens, companies, and policymakers to devise mechanisms to bring all Africans into the financial sector, drastically improving the lives of the millions who are now under- and unbanked. And it would bring many livelihoods into the formal economy – a major economic opportunity for African countries.

The goal should be to achieve prosperity through financial inclusion linked to economic activity. What small businesses and micro-enterprises need is fresh capital to create employment and expand the economic pie, and bank accounts connected to economic activity ensure that even those selling goods by the roadside can secure a piece of that pie.

But financial inclusion is not a natural by-product of the shift away from cash. On the contrary, as Harvard economist Kenneth Rogoff argues, successful demonetization requires a comprehensive and implementable plan to increase financial inclusion and use of banks.

Such a plan should focus on building the right ecosystem for economic activity. In Africa, that means not just delivering financial services, but also advancing financial literacy. Newly established bank accounts have few positive effects if they lie dormant. To ensure that financial inclusion actually enables economic transformation, Africans must gain the knowledge and tools to make the most of financial services.

Of course, none of this will be easy – a point made clear by India’s challenging experience implementing its radical demonetization process. Success will require, among other things, a gradual approach. Africa must not allow cash scarcity to cripple the informal economy, as it has in India.

But if Africa succeeds in this transition, the benefits will be profound. Demonetization would probably even save countries money. MasterCard estimates that countries worldwide spend as much as 1% of their GDP each year to mint, process, and distribute banknotes. That is money that could be better spent on meeting the United Nations Sustainable Development Goals, further improving the lives of Africa’s poor.

There is reason to believe that Africa can succeed in going cashless. Already, a large share of Africans uses digital payment systems like M-Pesa and EcoCash – precisely the types of innovative platforms that can play a pivotal role in the shift away from cash.

While hyperinflation is far from the ideal catalyst for such a shift, Zimbabwe’s experience proves that citizens can and will adapt to challenging circumstances. For example, some stores in the country will give credit to mobile money accounts in lieu of change.

But, to achieve a broader shift to a cashless Africa, progress toward monetary union will be essential for deepening economic integration across the continent. That, in turn, would foster a continent-wide digital financial services ecosystem capable of underwriting a massive expansion of intra-African trade – the quickest route to lifting people out of poverty.

Already, 14 countries in West and Central Africa share the CFA franc, which is pegged to the euro. And South Africa shares a monetary policy with Lesotho, Namibia, and Swaziland. We cannot stumble where the road is clear.

Africans are latecomers to the demonetization movement. But we can use this to our advantage, by learning from countries that have already made the transition or are on the way. These include not just India, but also Denmark, Norway, and Sweden. We must view this as a strategic advantage in the much-needed structural transformation of the African economy.

With a smart strategy, underpinned by patience and commitment, Africa can build a cashless economy, with high levels of financial inclusion supporting economic prosperity and security. Before too long, buying a “Kofi broke man” – a roasted plantain with groundnuts – by the roadside in Ghana could be a cashless transaction, one that helps the vendor prosper in the present – and save for the future.

Read this article on The Asset

The New WHO Director General Must Prioritize Community Health Workers