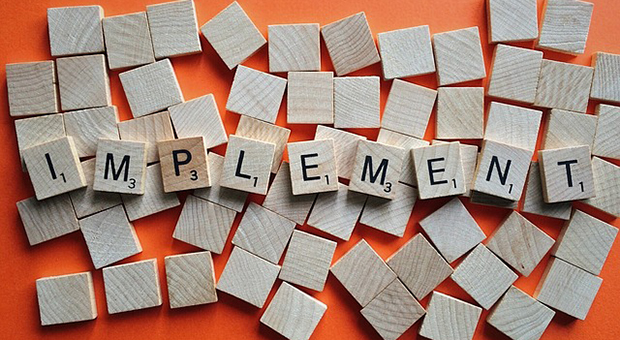 There is no better moment than now for civil society organisations (CSOs) to support the implementation of the African Continental Free Trade Area (AfCFTA). AfCFTA is about creating a unified continental market that works to the benefit of its citizens, and this purpose is closely related to the work of CSOs across Africa.

In order to create a continent that thrives on domestic resources and greater economic co-operation, the integration of African citizens is a pre-requisite. Small economies do not stand a chance to sustain their growth otherwise, and large economies cannot only rely on exports outside of the continent to maintain the transformation of their economies. The vast countries of China and India represent models of internal integration which takes advantage of free movement of people within their countries and as a result, have been able to leverage domestic human and financial resources. In contrast, to date, Africans have liberal access to 51 per cent of the continent, thus limiting our ability to take full advantage of our internal resources.

AfCFTA cannot succeed when people are unable to move their goods and services with them. The free movement of people is an issue for which CSOs can play a role as it does not only affect trade. Those restrictions increase the vulnerability of migrant and refugee populations on the continent. CSOs need to reinforce the linkages between domestic issues that matter to them and continental ones that can boost intra-Africa trade.

AfCFTA aims for greater economic cooperation and integration among African countries. It starts with citizens’ understanding of the issues at hand to accelerate economic integration through the work of citizens in the informal economy. While industrialisation and structural transformation are important, it is critical that AfCFTA builds on the economies that we have on the African continent. Indeed the real change will come from transforming the hidden opportunities of the informal economy.

CSOs have raised their voices on issues such as HIV/AIDS to make African leadership take a bigger step against the viral impact of the disease on the lives of Africans. The impact of CSOs in addressing the problem has been significant. It required coordinated efforts with domestic and external funding to save more lives. That experience of coordination across the continent must serve us to advance the goal of stitching the political ideals of Kwame Nkrumah – political integration – with the economic thread embedded in the informal economy. For socio-economic transformation, Africa needs to start with the current structure of its economies while it seeks to build a stronger formal economy.

But for this to happen, we need to provide CSOs with the tools and elements that will make them advocate of the kind of change that will increase our ability to raise domestic resources for issues that matter to us. But, their work is already cut out for them. They need to lobby citizens to accept that informal economies are not what we assume them to be: illegal. That psychological barrier makes it impossible to attempt at integrating the informal economic system with the global one.

In reality, it is already integrated. Mobile Network Operators sell credit for data and voice through a dense network of informal traders at traffic lights or other locations. I recall the story of Teresia who sold clothes under a tree on the Kenya-Uganda border. While on the surface, her effort may seem haphazard, in reality, she pays the county government taxes, keeps records of her trade and uses mobile money for daily deposits. She invests US$ 20,000 in trade goods per year, but her business and contribution will fall through the cracks of AfCFTA if CSOs do not pick up the issue and make the case for trade to reflect the realty of our economies.

The missing bottom line for our economies is that we do not recognise the skills that Teresia and many other informal workers across the continent have. Thus, AfCFTA offers a catalyst for CSOs across the continent to pick up an issue that will change the economic structure of women, youth and families across Africa.

Right now, 54 out of 55 member states are signatories to the AfCFTA agreement. In all these countries, the power of the informal economy is real. And CSOs that work closely with communities are best placed to make the case for AfCFTA to embrace the Africa we have through the creative minds of our citizens.

AfCFTA is the glue that will keep African citizens together. While many argue that  industrialisation should come first, we should also recognise that informal traders know what citizens buy. Thus, should provide us with a sense of what the market needs in our endeavour to produce in Africa what we consume while allowing citizens to move freely within Africa.

Read this article on Wacsi