How to End Malaria in Africa 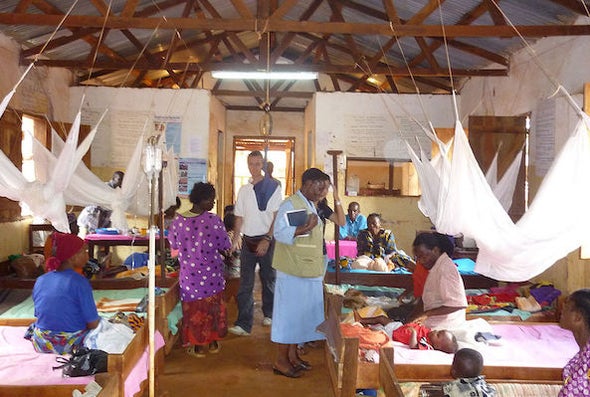 The continent’s own CDC, formed in 2015, can play a major role

Malaria eradication is possible because more than 65 years ago, the U.S. found a way to ensure that no one would have to die from a mosquito bite ever again. Malaria was eliminated in 1951 thanks to the successful implementation of policies and strategies created through the Office of Malaria Control in War Areas that was formed in 1942 and the U.S. CDC that was created in 1946.

The idea for Africa’s own CDC (Africa CDC) was devised in 2013. It was then formalized in 2015 after the challenges that Africa faced in the wake of the most devastating Ebola outbreak in human history in 2014. The outbreak started in Guéckédou, a strong community in Guinea, and led to the death of more than 11,000 people. Witnessing its rapid spread, it became a global health security issue to try to curb diseases that can cross borders without visas. One tactic was creating the Africa CDC, which formally launched in January of this year. The African CDC is a growing partnership to build countries’ capacity to help create a world safe and secure from infectious disease threats. It can be a local solution to the Global Health Security Agenda.

Just as the CDC was a priority in the U.S., Africans have a responsibility to make the funding and development of our CDC a priority in order to prevent diseases like malaria from further altering the course of our socio-economic transformation. Malaria is a key disease to focus on since the latest World Health Organization statistics show that more than 400,000 people died from malaria in 2015 and 92 percent of those malaria deaths occurred on the African continent. Further, six countries in Africa account for 47 percent of all global malaria cases.

Based on my years of working for organizations like the Global Fund to Fight AIDS, Tuberculosis and Malaria, the United Nations Development Programme, the Economic Commission for Africa and the Africa Against Ebola Solidarity Trust, I see these as three necessary priorities in relation to the Africa CDC to make a significant impact on ending malaria:

Of course, there are already positive signs that recent increases in resources, political determination and communities’ commitments are leading to the possibility of malaria elimination and ultimately eradication. In Senegal, for instance, now only 3.3 percent of outpatient visits are malaria-related, down from 36 percent more than 15 years ago. While the transformation is impressive, full elimination in Senegal—and other countries—cannot be achieved without regional and continental efforts supported by stronger data and evidence.

Ultimately, in order for Africa to achieve eradication, it is necessary to translate Africa CDC’s mandate from the African Union into a funded mechanism to inform health investment since malaria and other preventable diseases continue to challenge our ability to transform our economies at the required pace to support our population growth.

Ending malaria was a vehicle to establish a strong and reliable CDC in the U.S., and now Africa has an opportunity to do both concurrently and should aim to do so by 2030 when the world gathers to assess progress toward achieving the Sustainable Development Goals.

We have the opportunity save more, and possibly all, lives through the Africa CDC; let’s make it happen.

Read this article on Scientific American

Why Africa Should Go Cashless